Home
online money making
How to perform and achieve bitcoin trading in 2018?

Before going onto the in-depth of bitcoin trading, first you need to gather or need to know the basic terminology.

Now let’s learn about the bitcoin and how to do bitcoin trading i.e buy bitcoin or sell bitcoin. You need to know the bitcoin price also. As the price changes by considering various factors and the business demands of a particular country.

What is a bitcoin?

Bit is generally stated in two different ways. One as the snippet of code which represents the ownership of a digital concept and the other hand it is the distributed ledger which maintains the ledger of balances. Bitcoins are not the paper cash, unlike the dollars and euros they are the digital assets which are created electronically by using a free software. You can send payments without the supervision of the third party such as banks or any payment gateway.

Bitcoin is the very good example for the cryptocurrencies which we are using today. They are verified using the cryptography. There are also many Android Bitcoin apps on the Google play store for easy do of transactions.

Satoshi Nakamoto is the developer of bitcoin for doing electronic payments. He proposed the system to exchange the things electronically in a more secure, verifiable and immutable way.

You can pay bitcoin for buying if both are willing it is same to as that of the online business where we exchange dollars, euros etc. Bitcoin trading differs from the normal digital currencies in many aspects.

How does bitcoin differ from flat digital currencies?

Bitcoin differs in following aspects such as:

The most important characteristic of the bitcoin is the decentralization. It is operated and ran by a group of networks and volunteers, not by the single institution. It solves the of double spending problem of electronic currencies and the integrity of the transactions is maintained by the distributed and open network

You can see that flat currency is controlled by the central authority such as banks and are supplied unlimitedly. However, bitcoin supply is tightly controlled by the underlying algorithm. Each and every hour the new bitcoin will trickle and demand grows, value increases but the supply remains the same.

In the traditional electronic payments the senders are verified by the central authority for sending any payments, But with bitcoin, there is no need to verify for sending bitcoins to the other person. In bitcoin trading no need to looking the personal identity, the system looks after them. When a transaction request is made the protocol checks the details of previous transactions and confirms the payment for the sender.

Bitcoin transactions are immutable, they cannot be modified once done, unlike the traditional transactions.

Bitcoins are divided into small units known as Satoshi. The small unit is the one hundred millionth of a bitcoin. You cannot divide the traditional transactions like the bitcoin does.

How can I buy bitcoin?

As a beginner to use the cryptocurrencies i.e bitcoin don’t invest lump sum amount, try working by putting small amounts only. You can bring them through other persons on the marketplace or on exchanges only. In order to buy bitcoin, you can pay for them in any number of ways such as hard cash to credit and debit cards, depending on where you buy from and where you live.

In order to buy bitcoin you need to do following things.

The cryptocurrencies exchanges will buy and sell bitcoin on behalf of you. You need to do research to select the reputable exchanges for bitcoin trading before setting up an account with them. US$ Volume i.e Bitfinex is the largest bitcoin exchange in the world. Some other exchanges are Coinbase, Bitstamp, Poloniex etc.

You need to verify your KYC and AML(Anti Money Laundering) regulation, for your account set up. Each and every exchange had different rules and regulations, you need to give full details in order to execute the purchase or transaction. Once the exchange received the payment, it buy bitcoin on behalf of you and deposits in your bitcoin wallet.

In order to buy bitcoins for cash there are some exchanges such as localbitcoins, LibertyX, etc. You can also see the bitcoin ATMs which helps you to exchange bitcoin for cash. Coinatmradar helps you or directs you to find the nearest bitcoin ATM.

In order to buy bitcoin you can the list of best exchanges which help you to exchange the bitcoin for cash or online payments.

How to store the bitcoin and what to buy with them?

Before owning a bitcoin you need a very special store them. They are called wallets. Instead of holding the bitcoin, it holds the private key to access the bitcoin. Wallets to store the bitcoins can be of any form such as online wallets, mobile wallets, software wallets etc.

Note: Depending upon the wallet you choose and how you use they differ in different perspectives. One Of the safest wallets is the HArdware wallet where you can keep your wallet offline. There is no chance of stolen or lose of your keys.

You can use bitcoin to buy the gift cards, pay for flights and hotels, Microsoft accepts bitcoin in its app stores, used by musicians and for furnishing home to buy presents.

READ  How does the blockchain app helps in trading different cryptocurrencies?

The methods which offered to buy bitcoin also helps to sell bitcoin. All the exchanges will help you to buy and sell bitcoin. You can also sell bitcoin directly to your friends and family once you are set up with the bitcoin wallet and account.

How does bitcoin transactions work really?

If you want to send any bitcoin first you need to publish your intention and the nodes scan the entire network for validating the bitcoin I want to send or I had already sent it to someone else. Once the information is confirmed and done then the data is stored in the block and attached to the previous block termed as the blockchain.

Once the transaction is completed it gets included into the block. Hash is the function which can be reproduced same even when changed by the unknown person. Each and every block hold the data and the hash of the previous block which is termed as the blockchain.

However the bitcoin trading can be done very successfully with the help of exchanges. You can buy, sell bitcoin by using many exchanges. Your transactions and bitcoin trading can be very secure by using the hardware wallets. Because they are offline wallets where your transaction details are very secured. The least secure one is the online wallet where there is third-party involvement. 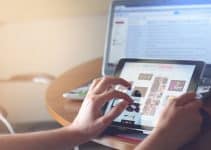