C Vs C#: Which one should you choose?

C Vs C#: Which one should you choose?

The battle between programming languages has been a fated showdown for ages. Whether you’re a beginner or a veteran looking to expand your kit, some comparisons have to be made. The C family has always been receiving a lot of comparison calls. While they are all listed in the top 10 programming languages, it might be a little trickier to compare between their features as they have a lot in common. It’s a dilemma that everyone encounters.

Let’s just clarify that any comparison between languages should be carried first and foremost by your goal/application. However, there are general points of comparison that we can denote here to make it easier if you’re still unsure.

There’s one major difference here right off the bat which is that C is not an OOP language while C# is a leading OOP language. You can still implement design patterns in C as well, but it’s not nearly as efficient as C#, that’s why programming in C requires a somewhat different mindset than C# does. C# does also support functional programming, which many people argue that it is the future of programming and the righteous heir to OOP. C, on the other hand, does support it by nature, but one can work around it and implement functional logic in C.

C is a low-level language that allows dynamic memory manipulation. In a nutshell, C can access the hardware level and can perform at speeds much higher than most programming languages.
C#, on the other hand, is considered a high-level language that doesn’t really allow direct memory manipulation and it’s not needed as it is in C. Working with C is kind of like playing with a cool bomb, you either turn to be the magician or your program will explode.

Applications are also where you can spot some major differences between C and C#.

C: It’s easier to list the applications that do not use C in one way or another. Almost every compiler we used today uses, or once used C. It’s the mother of all modern languages. C is quite cross-platform, which was used to build the UNIX OS, probably one of its most famous achievements. C is widely used in embedded systems, in fact, it’s the number one language in embedded systems followed by Python and Rust. C was later integrated to other systems and many powerful applications were based upon it, it’s basically the essence of the technology we use today.

You can actually imitate your favorite Desktop Applications and see how far you can go with WPF and WinForms, there are hundreds of tutorials on how to build modern-UI enterprise level applications in C#. Although not very popular, C# is used in machine learning nowadays and it’s getting some great resources and pre-trained models from Microsoft that can take desktop applications to new heights.

Performance is one the biggest myths in Computer Science in general. That’s because different languages might outperform each other in different applications. C is quite a fast and high performing language but optimized C# might perform nearly as fast, if not faster in certain areas. That being said, if you’re running ahead for implementation and setting optimization aside, then C will be much faster for you, that is without optimization.

Syntax and Ease of Use:

There are some inherent similarities between C and C# when it comes to syntax, but since C isn’t really that big (unlike C++ for example). Since C is kind of written in spaghetti-code it’s often hard to deal with and implement. Implementing the same logic in C# might take half as much time as C would. There’s also a wide range of things that you can do in C. C# is intended to be simple and modern as an object-oriented language. But let’s not forget that C# is a C-based language, which means it inherently shares a lot of the writing syntax with C.

C would also let you do anything provided that you write a proper syntax. It doesn’t care if your program would make some world-ending disaster at runtime if the syntax is correct. It all comes at the expense of its extreme flexibility. C# is more protected and wouldn’t allow you to do such actions by giving your compiler warnings and errors before any fatal damage is incurred. 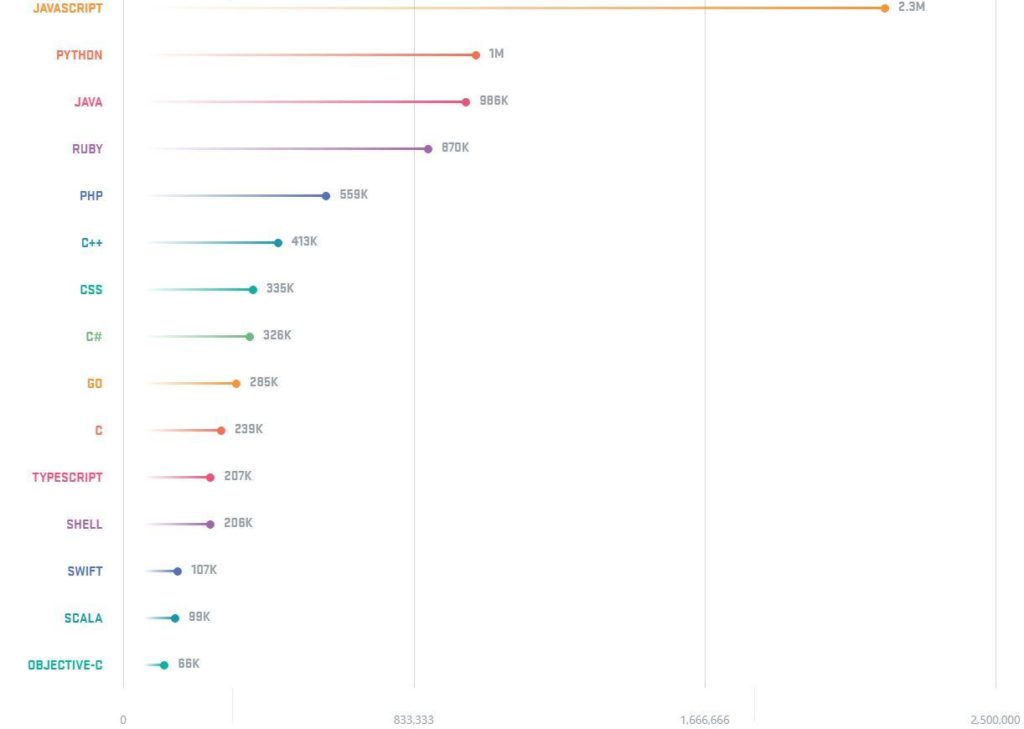 You might think that since C is such an old language, it’s out of use nowadays, but you’d be wrong. In 2017, C and C# were very close on the popularity scales on GitHub. There are hundreds of projects that get developed in C today and since it’s old it possesses one of the best documentation out there.

C# has come to possess better documentation over the years as Microsoft keeps pushing the language for cross-platform development.

It’s not easy to decide on a language to use, it happens to everyone. If you’re looking for a simple desktop application or something not as complicated as, say an operating system, then C# is a much better candidate. However, don’t feel like you’re riding a Dinosaur if you opted to use C, as the language has got its uses even today. As we said, it goes down to what type of application do you want to build using these languages.

If you just want to start learning one of them, there are a lot of documentation for both, but most CS courses prefer to use C as a starting language to explain the hidden concepts that C exposes. In addition to it, a better understanding of it also gives a major head start to learn C++ over the course of time. It is said that once you start understanding C code, C languages become a breeze.