There are many companies looking to innovate the world of healthcare. However, there is one company that is not only innovating the world of medicine but, creating an invaluable database that can potentially help millions of people. That company, Tempus, is changing the way people get better behind the leadership of their co-founder and CEO Eric Lefkofsky.

Tempus is known as the pioneer in data-driven precision medicine. In the past, medical data and healthcare information was decentralized causing delays in treatment. With this new medical information company, medical professionals can quickly access the world’s largest database of molecular and clinical data. The result is an operating system that is able to help treat serious diagnosis such as cancer.

Eric Lefkofsky is best known as the co-founder of Groupon. However, his work with Tempus may have the biggest positive impact on the world. Born in 1969, Mr. Lefkofsky was educated at the University of Michigan where he graduated with honors in 1991. Mr. Lefkofsky would return to his alma mater where he would receive his Juris Doctor in 1993.

After finishing his education, Mr. Lefkofsky dove right into the world of entrepreneurship by purchasing a clothing company, Brandon Apparel, in 1993. Years later, Mr. Lefkofsky would go on to find a number of technology companies such as Echo Global Logistics, Mediaocean and Innerworkings. However, it was Mr. Lefkofsky’s founding of Groupon that put his name on the map. Today, Mr. Lefkofsky runs the venture capital firm Lightbank where he funds a number of new start-ups.

Recently, Mr. Lefkofsky took all of his entrepreneurial knowledge and put it into his book “Accelerated Disruption.” In Mr. Lefkofsky’s book, the entrepreneur revealed his insights on how to succeed in the most competitive industries. Some of the insights included in “Accelerated Disruption” revealed how to select the right industries to innovate, promoting ideas in the face of industry resistance and developing a capital strategy during a company’s development stage.

When Mr. Lefkofsky is not working on his many businesses, he is busy developing his philanthropic work. In 2006, Mr. Lefkofsky formed a charitable trust along with his wife. That trust, the Lefkofsky Foundation, has helped to fund more than 50 organizations in the past decade.

Unlike many other CEOs, who rarely connect with the public on social media, Mr. Lefkofsky enjoys sharing his insights on Twitter. In particular, Mr. Lefkofsky likes to share innovations in the healthcare information arena. In one recent tweet, Mr. Lefkofsky shared an article on the importance of targeted therapy.

Currently, Mr. Lefkofsky is involved in many community organizations in the Chicago area. As of 2018, Mr. Lefkofsky is a member of the board of directors at Children’s Memorial Hospital in Chicago, as well as a board member at The Art Institute of Chicago and The Museum of Science and Industry. Mr. Lefkofsky is also a Trustee at the Steppenwolf Theatre Company.

From GroupOn to Tempest, Mr. Lefkofsky has spent a lifetime looking to innovate various different industries. Currently, the lifelong entrepreneur is focusing most of his energy on innovating the healthcare information industry. As he enters his next decade in business, Mr. Lefkofsky will look to improve the way medicine professionals treat their patients.

READ  The Best Apps for Gym Lovers
Tweet Pin It 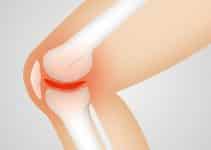 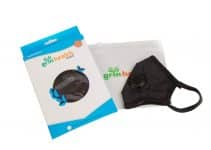