Switching from Apple iOS to Android without Stress

Switching from Apple iOS to Android without Stress

Are you switching from iOS to Android yet you are in dilemma on whether or not this is a great thing? After personally making this transition in September, I am here to help you with this article if you ever had doubts.
Over the years, I have heard numerous reasons on why people switched between these two mobile operating systems. Some of these revolve around the fact that they wanted to or they had no choice. Whatever the reason, you should know that replacing your iOS device with a new Android device is a “cool” thing to do even though it may have its own perks.

The Pros and cons of Both Operating Systems (iOS and Android)

Every single year, we hear why the iPhone is better than other Android devices and vice-versa. There are blog posts and even YouTube Videos all over the internet. Guess what? It doesn’t even end there! Right in the lobby towards your office, you are going to hear a couple of tech fanatics’ debate on which is better like they own shares in either of the companies.
Neither the less, these two have their strongholds and weaknesses and it only takes preference to align to for easier switching from iOS to Android process. The essence of these pros and cons listed are to inform you with exactly what you are dealing with for a smoother transition

1. The Range of Devices

One of the biggest advantages of the android is the range of devices it can be available on. So you don’t like the design of the new Samsung? Then get the new Google Pixel. Not a fan either? Get the Huawei, the OnePlus, and the Nexus or maybe you are old school and want your beloved Nokia back. Unlike the iOS, the Android OS is simply everywhere!
Coming from Africa, a lot of us have to learn to cut our coats according to our sizes. Therefore, you might not be able to afford the fanciest Apple devices but you can surely get a cheaper android yet have a feel of modern Android OS. But then again, if you can easily afford it do remember to create some work opportunities as well as encourage job postings for employers wherever you are in Africa!

The Android usually has greater specs when comparing models released in the same year, but performance wise they are usually the same. It’s quite impressive how the iOS works neatly even with lower RAM and slower CPU’s.
Here, the fact that Android devices are not exclusive brings in an influx of poorly made devices running on Android. This then reduces the score for performance when comparing Androids in general to iOS devices.

Android One, iOS One

The Android OS brings you more control of your device than the iOS currently does. There are several ways that the Android makes you feel more in control of your device that the iPhone restricts you on. The Bluetooth feature is simple yet remarkable. Send files across mobile devices and even to your computer with less stress. However, the Bluetooth feature on the iOS works with features such as Airdrop, Audio, and other pairing modes.
If you are a music lover, then you just got yourself out of the bars of iTunes and Apple Music!

The possibility of Customization is especially great for all who are interested in switching from iOS to Android. You are bound to meet this exciting new world of optimizing your devices which defers amongst users! This begins when you choose to abstain from the boring default settings. Now that you are out of the restricted features of the iOS, what then would you prefer for yourself?

With fewer restrictions to the Android OS, Vulnerability is what might graciously accompany your device. However, there are numerous ways to cover your security and privacy on your android devices. The exclusivity that comes with the iOS provides better security as compared to the Android.
Multiple platforms to get apps for your android device may also breach security on your phone. The processes of making an App eligible for iOS devices involves a better screening process that in all ways goes in favor for security.

5. Great Display for Both Operating Systems

Both Android OS and iOS display similar User Interface (UI) of swiping, icons and a comfortable virtual keyboard. In the past, virtual keyboards were not seen as a great idea on mobile devices but then came both operating systems that proved everyone with that ideology wrong.
The interface is simple and it’s easy to find your way around that even my 93-year old granddad in the village uses a smartphone. He doesn’t necessarily use all the features such as the video call feature but at least he can make an audio call to the family any time he wants.

Are you getting eased in into your transition yet?

Well regardless of this short comparison of major strengths and weaknesses, switching from iOS to Android would not be as difficult as people may think. In fact, this would be so smooth since you would get used to the Android in no time.
Knowing the Android is going to enable you to do more cool stuff should be something you should really look forward to. Initially, I didn’t look forward to this even though I was aware of this information. Maybe you can just go with the flow just as I did, and be intrigued each and every day.
Now, hold your new Android device up and say these words… “Okay, Google!”

Tip: Download Google Photos to back up all your pictures on your iOS device. Also, sign in on your Gmail to back up your contacts so you can easily access them on the new Android device. 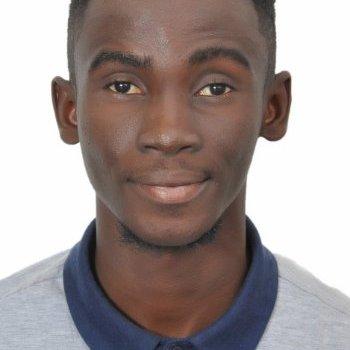 Manny Obeng is a Ghanaian raised writer with high hopes that his written work would serve its quota in making a world a better place, especially Africa. A graduate of Kwame Nkrumah University of Science and technology in Kumasi – Ghana, I steered straight into creating online content since it’s always been a little passion I sought to develop.
Copywriting on topics I am interested in is a great way of reaching and informing more people on what is out there. Since information is key, I am quite interested in what it can do to bring people in Africa out of the Dust. Thanks for reading and I hope this was resourceful.