With the ever-growing increase in the networking technology and the Sensors the internet of things had been revolutionized is shape to the competition in the global network. To my concern, the internet of things can be described as different things from different people. From connectivity point of view, the IoT means the connection from any time, anyplace and anywhere.

In general IOT refers to as smarter world. With IoT one can deliver the connected devices and conveniences. The IoT offers it’s users the promising and more comprising solutions to transform several industrial applications such as agriculture, food processing, logistics, security surveillance, environmental monitoring etc.

Mostly the iot networks are designed to address the traceability nature, visibility and controllability nature of the devices. The IOT Sensors for the food chain supply 3 parts mainly. One of the field devices, back-end systems and the communication infrastructure. The field devices include the WSN code, RFID tags and user interface terminals etc. The backend system comprises of the different databases, servers, and terminals across the distributed networks. The communication system includes the ethernet, satellite, WLAN, cellular, power line etc.

The biomedical sensors are the entry post for the data into the iot. By leveraging the iot’s identification, sensing and communication capabilities all the objects are monitored and tracked continuously pertaining to the healthcare industry.

The IOT Sensors are used to sense the mine disaster goals in the early stages so as to give a wake call for the disaster warning or disaster forecasting and safety improvement etc. The IOT Sensors can also track the data and safety of the underground miners thereby analyzing the data collected from the sensors to enhance the safety measures etc.

With the help of the IOT sensors one can perform the automatic diagnose and realize the real-time environmental monitoring. It helps to detect the fire and early warning of the fire disasters too.

However, the IOT Sensors revolutionize mainly in the following fields.

Applications of the IOT Sensors for the smarter world:

With the iot the wave of connectivity is going beyond the laptops, smartphones and connectivity extend towards the interconnecting the cars, smart homes, smart cities. So the IOT will definitely transform our lives and shows a greater impact on the area we serve by leaving a good impact on the business and society as well.

The IOT Sensors are used in monitoring the parking spaces in the city. It is also used to inspect the structural health of the building construction materials, bridges and historical memorials as well. The IOT Sensors also helps in monitoring the Urban pollution. You can also detect the smart home devices with WiFi connectivity. You can also be notified with the message warning and diversion based on the climate changes on the smart road.

With the help of IOT Sensors you can detect and alert the fire zones in advance. You can monitor the combustion of gases and preventive fire conditions etc. You can also control the emission of harmful gases from industries and save the air from being polluted. It also does the snow level monitoring and alerts the security forces in advance. You can also detect the risky patterns in lands and monitoring them.

IOT Sensors for security and Emergencies:

You can access the control to some restricted areas and find people in prohibited areas. In data centers and warehouses used to prevent the breakdowns and corrosion. Used in measuring the nuclear levels in radio stations, used to sense the leakage of gas levels in industries and surrounding chemical factories etc. 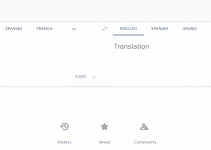