Home
Google
Is blockchain technology really the future of the internet?

The founder of 3Com Corporation, Robert Metcalfe, said, the internet is likely to become fierce in the future.

After Twenty-plus years, his prediction has turned into reality as companies have started relying on the internet in many ways to perform their business operations. Metcalfe is not the only one who has sensed the internet sensation as many other experts have also predicted the same, and similarly, the internet is not only the breakthrough that humans are going to deal with as there are many other tech advancements to be experienced.

A recent technology that has boomed the internet of things is blockchain technology. It is a digital ledger that allows direct transfer of funds across borders without the intervention of any third party. Apart from booming the cryptocurrency industry, blockchain also offers far more than access to traders to trade cryptocurrencies.

The beauty of blockchain is that it generates more transparent partnerships with advertisers, enhance data security through Mining Pools, and streamlines the ways of transactions. According to the response from one-thirds of C-suite executives surveyed by IBM- Most of them use blockchain or are planning to implement it in their businesses.

Just like the internet, blockchain technology is here to stay. It is one of the growing fields and may impact other industries as well. CMOs are investing in blockchain today as some of them think that it will replace the current system of transactions.

Blockchain can improve Trust and Loyalty

The more successful a brand is, a less number of people trust it. This is confirmed by Edelman Trust Barometer, which calculates the trust in brands. When it comes to the blockchain, people become a bit skeptical.

READ  How to Integrate Google Analytics Code into your Website?

It gives them the power to track and control every product from the first production to final sale, but also threats investors through scamming websites, for example, “ShapeShit.io” which gives the same address to every user to deposit bitcoins but they do not exchange funds. So it is a two-way road.

If you have skills and knowledge of blockchain, you can check which companies use legitimate ways for trading and which ones cut corners. A leading retail corporation, Walmart, is leveraging blockchain to track pork provenance in China in a bid to improve safety, minimize risks, and develop trust among users.

Blockchain cuts middleman in digital advertising and enables advertisers to deal directly with sponsors. Blockchain, perhaps one day, could even suck out Google and Facebook.

Dieing out customer level programs may also get better through Blockchain. Brands can distribute and track more versatile points with the help of blockchain tech, which further empowers customers to use their rewards on everything ranging from hotels to spas.

Decentralization can be the Future.

Blockchain follows decentralization principles and uses crowd-sourcing to gain tasks and does not depend on central authority. Till now, experts do not consider it a paradigm shift. We have moved from centralization to decentralization, though this had happened long before blockchain gained pace.

For example, Uber and Lyft have successfully transformed the entire transportation industry by empowering taxis and created a system that couples supply with demand.

Airbnb has taken advantage of blockchain for property rentals, while Instagram is using it to uplift the influencer world.

Similarly, YouTube has implemented it in in the non-professional entertainment world. A number of YouTube stars make big money with just a camera and a personality.

Netflix, Inc. has done this in the professional entertainment world. Check the original content the company produces, which does not usually feature any Hollywood star.

Shopify Inc. has boomed the e-commerce industry with it. Now, start-up internet entrepreneurs can sell anything, anywhere.

IoT and blockchain are inseparable. Their convergence can potentially benefit businesses on many grounds, for example, security, speed, and value. Security concerns do not linger anymore because of the distribution of information across the ledger.

One of the major advantages of private blockchains is that they allow businesses to choose the best features of decentralized lists. If managed correctly, blockchain can transform the way we use the IoT.

Varun Dutta is USA based crypto evangelist, writing about crypto on different platforms. By understanding things at the fundamental level, he offers you the latest insights into the world of crypto and educates you through his incredible writings. Experts call him crypto historian as his ideas related to mining, the blockchain, etc., leave them awestruck. 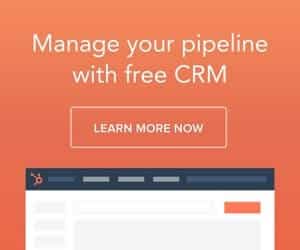