Why Should Your iPhone Apps Upgrade To IOS11 ?

Why Should Your iPhone Apps Upgrade To IOS11 ? 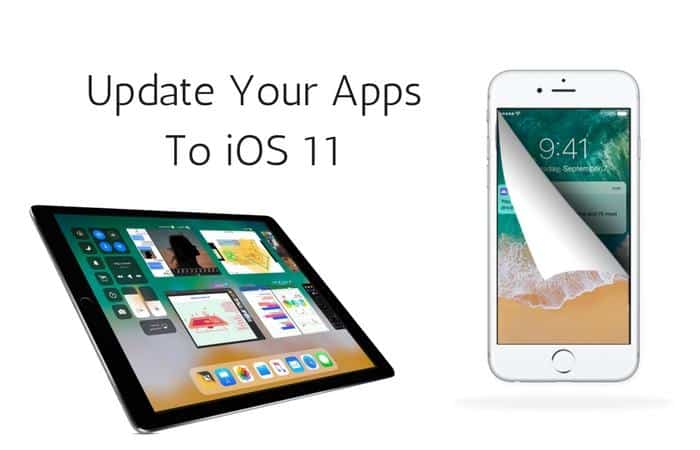 The new iOS 11 has the latest SDK and API packages for better app functioning. iOS 11 also introduced new architecture updates along with new visual changes. iOS is compatible with the iPhone 5 and the later model of iPhones, iPad mini 2 and the later model of iPads. If you are an iOS app development company then it is time for your apps to update according to the new iOS 11 features.

iOS app development companies around the world are updating their apps according to the new iOS 11 features and architecture. Whether you are building a new app or you have an existing iOS app here are some factors that should consider updating your app to the new iOS 11 system.

Apple app store update
With over 2 million apps on the app store, Apple decided to give their app store a makeover. The app store has changed the way the app store showcases its apps that help the customers discover new apps. App store also offers single app preview which is a video clip that user can watch before downloading the app so the user doesn’t regret the download. If you haven’t added the app preview of your app, this is the time to add it and attract more users.

Apple pay
Apple pay was introduced as a new feature in the iOS 11. It is just like Samsung pay that allows its user to transfer money to other Samsung pay users. Integrating new payment features into your app can ease the process of payment for the user. If you have an e-commerce app on iOS including Apple pay in your app can increase the sales. With the help of Apple pay, the user can send money from debit or credit card. Along with that Apple pay also supports Siri voice commands to pay someone.

Business chat for better engagement with users
Business chat is a powerful tool for engaging with your customers directly on messages. With the help of business chat, you can solve issues and answer questions related to your business, and also complete transactions on their iPad, iPhone, and other Apple devices. The business chat will solve the accessibility issue of businesses and developers. You can integrate this feature into your app for better engagement with the users. The features that Business chat offers can compete with other services because it is integrated across different platform.

Drag & drop features
The new iOS 11 has added a drag and drop feature within UIKit in the complete system across latest iPad and iPhone devices. It gives users an easy and quick way to manage images, videos, audio, etc from one app to another. Apple has introduced view controllers for local and remote file browsing. It is also compatible with third-party apps like Google Drive and Dropbox that makes accessing files from various platforms easy. You can use this features if necessary in your app for enhanced app performance.

Latest Core machine learning
Core machine learning had been included in the previous version of iOS. It enhances the performance with easy integration of new features in your application with just a few lines of codes. A good feature integrated with the help of Core ML can give your app the advantage of recognizing a complex pattern, make intelligent decisions, etc. Apple has also started to focus on having Core ML specifically on their apps such as Siri, camera, and quick type. The new iOS 11 Core ML model can read barcode, face, text, object detection, and landmark detection.

Latest ARKit for IOS11
The AR has been found in many apps before it was popularized in the market. But Apple has perfected the AR in its new iOS 11. It works much better than its previous version. ARKit is one of the two largest frameworks introduced in iOS 11. ARKit allows developers to include high-end graphics into real-time images. In simple words, ARKit blends digital objects and information with the surrounding environment. Many e-commerce apps have included ARKit features into their apps to enhance the shopping experience of the user.