Do you think that Information and communication technology has rapidly changed in last 20 years and the key reason behind this Social Media?  Mobile phones have played the vital role in accelerating the pace of change. They have even played an important role in shaping the impact of social media. You can now easily connect to anyone, anywhere via social media.

Social media has even got a drastic change in the society. Now more than a quarter of the world’s population is on the Facebook. Social media has made this world too small. Social media has not only made people connected to each other, but it has even moved ahead by also proving information which is going all around the world. Some claim that social sharing has encouraged people to use computers and mobile phones to express their concerns on social issues without campaigning that issue in real life. Their support is limited to pressing the ‘Like’ button or sharing content.

A Big thanks to the Internet and social media, because no one is alone now. And when these people find one another on social media, what all do they do – create memes, chatting and much more.

Social media and Digital Marketing are linked to each other. The difference between both the terms is that social media is just one of the channels of digital marketing. Many people think that by getting linked with social media they are doing digital marketing, but that not true; there are many more elements that are essential to make up a digital marketing. There are many Digital Marketing services that are essential for building awareness and promoting brand and product online using all available digital channels. These services are – Content marketing, SEO, Social media marketing, influencer Marking, Digital advertising, conversion optimization, and website analytics.

READ  Use Writing Services for Your Fresh Content Marketing: 7 Hints

1. Facebook:  Facebook is one of the most famous and popular social networking sites and it is widely used. Well, Facebook was the first ever social media platform to surpass the landmark of 1 billion user accounts. This platform is not just to connect with your friends and relatives, you can even access different Facebook application to sell online and you can also promote and advertise your business, product or any services on the Facebook. They are done by using paid Facebook ads.

2. Whatsapp: This mobile application was overtaken by Facebook in 2014, but the instant messaging platform exists as an independent entity. It was release much later than Facebook, but it was attached to millions of people across the world by giving them the ability to communicate and share things instantly with individuals and groups. And now the calling feature in the app is like an icing on a cake.

3. Wechat: This app is very similar to Whatsapp, such as having features of messaging and calling that enables you to connect with the people of your choice. This was launched by Tencent in China. People in India are not much using it, but it is majorly used in China.

READ  What Everyone Should Know About Making Your Content Better

4. Instagram: Well, Instagram was launched with some different purpose; it is more of sharing photos and videos. This photo sharing social app enables you to capture your best memories of your life with your phone’s camera or any other camera. This app even has features where you can apply multiple filers on your photos and you can share them on Facebook and Twitter.

5. Twitter: This is a social networking site where you can post short text messages (called Tweets). Well, it is converting to be the best social media platform. Hashtags are the essential part of this app. It contains up to 140 characters to convey the message to the world. Even twitter promotes your business and even shop directly via tweets.

6. Skype: This application is owned by Microsoft. It is one of the best medium for video conversation over webcam. You can have voice call and text messaging too. You can even conduct group conference calls. The best part is Skype-Skype calls are free and can communicate to anyone from any part of the world.

7. Snapchat: This is an image messaging social platform, which helps you to communicate with your friends by using pictures. You can check live stories and news that is happening all around the world.

8. LinkedIn: This is undoubtedly one of the best professional social media networking sites or apps and it is available in over 20 languages. It is globally used. People easily find jobs here. It is an ideal platform to connect with different businesses, locate and more. It has over 400 million members.

READ  Video Marketing Make your videos viral with these tips

10. Tinder: Well, Tinder is a mobile location based social media networking sites that facilitated communication between mutually interested users. It is basically a dating app. It’s matching is based on Facebook profile and Spotify.

11. Viber: This is a multi-lingual social media platform and it is available in 30 languages. This application is famous for instant text messaging and voice message capabilities. This app even has features like sharing photos and videos and audio messages.

12. Hike: It is another social media platform, very similar to apps like WhatsApp, Facebook, Viber. Users can send each other graphical stickers, emoticons, images, video, audio, and location too. This app was launched in 2012. Still, all these apps were not able to beat WhatsApp.

Hope, the above top social media sites, which are worthy for different listings like making friends, dating, Photo and video sharing and blogging too are suitable for you. Even there have been negative aspects about these social media platforms that people are getting too much sticky to their phones and are seeing on phone but not with the naked eyes. 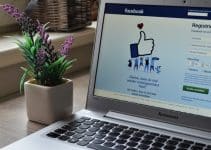